In the beginning of May 2020, as the COVID-19 pandemic triggered lockdowns and interrupted supply chains worldwide, AMURTEL Bio Garden, was in the headlines as interest in small, local, short-chain distribution grew.  The AMURTEL Bio Garden is set up as a Community Supported Agriculture (CSA) project and delivers a weekly basket of seasonal, organically certified vegetables to an average of 35  members in Bucharest and Buzau from April – December.  Community Supported Agriculture is a system in which members invest in a seasonal membership, thus developing a close and personal relationship with the producer and receiving vegetables straight from “farm to plate”, eliminating middle-men. 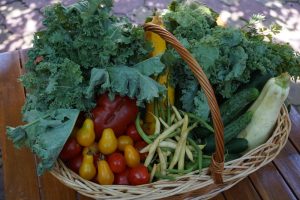 While it is increasingly difficult for small organic farmers to remain competitive and viable in a market dominated by large-scale industrialized agriculture, the CSA system provides an equitable and sustainable alternative.  The pandemic has exposed the fragility of the large-scale centralized model agriculture that is dependent on elaborate supply chains to reach consumers.  It has also helped to highlight the importance of creating locally sustainable alternatives such as CSAs.

AMURTEL’s Bio garden however doesn’t only producer for its members, it also produces about 5 baskets of vegetables for the AMURTEL Family children’s home and other local AMURTEL projects, to increase their self-sufficiency.  It has been running now since 2011 and employs two very hardworking, dedicated local women – Cristina and Daniela. 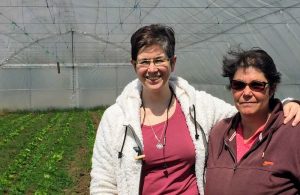 This year’s season was slow to get off the ground as the pandemic had caused several logistical concerns and complications.  Besides the uncertainty of how lockdowns and quarantines may affect transportation from the village to the city, the garden’s delivery driver is also a caregiver in the children’s home.  There were some very real concerns about exposure he would have if driving and potentially contaminating the children’s home.  After exploring several potential partnerships, in the end we found a driver from Bucharest. 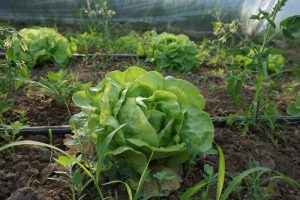 However, after the initial hesitation in launching the garden, it suddenly got a lot of unexpected media attention!  AMURTEL’s president Didi was first invied to a live-streamed interview via skype on a Buzau television program.  In the following days, the garden appeared on a national program about agriculture. Articles began to be published in county-level papers. Then came an invitation to meet a team of journalists from Libertatea – one of the biggest newspapers on the national level.

The journalists from Libertatea did a gorgeous piece, that appeared online with a very artistic video and an album of about 30 beautiful professional photos of not only the farm but also the children’s home (from the gate, as the quarantine was still in place).  They revealed that people are tired of all the reporting on the pandemic and they were thrilled to have a positive, inspirational story to report instead. They were especially impressed with the link between the garden business and the children’s home. 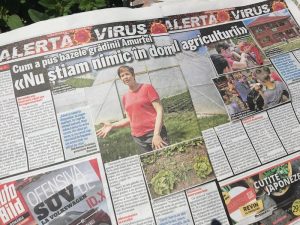 In the meantime – Didi also got a call from a TV reporter for a national TV station – and while on the road for that interview, another major TV channel asks if they could join as well. Here is the piece they did for Kanal D. That same day – the Libertatea article appears on the front page of the newspaper.

The extra media attention gave a real boost to the AMURTEL Bio Garden, which was able to attract full membership enrolments for the whole season.  Even more importantly, the Community Supported Agriculture system was introduced to a broader audience, and hopefully will serve to increase the number of CSAs in the country.