2nd edition of the Bicycle and Ping pong Competitions in Panatau

30.09.2016
Larisa Bratucu, the director of the Fountain of Hope After School Center, together with many local volunteers,  organized the second edition of the “I want to be active!” bicycle and ping pong competitions, financed by the Local Council of Buzau and with the support of the Panatau Townhall. The project aims to increase the community’s participation in sports, and is already becoming a local annual tradition!
While rural village life tends to be quite physically demanding, few young people participate in organized sports activities, except for occasional informal soccer games.  As in the cities around the world,  children are spending more and more time in front of screens, and missing out on the physical and social benefits of sports. Creating fun local traditions around sports however, can help counteract these tendencies and we hope to see the event continue to evolve each year. Already there is talk of forming a cycling club! 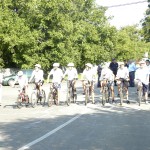 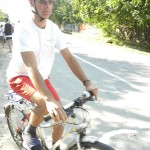 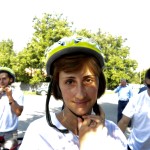 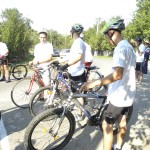 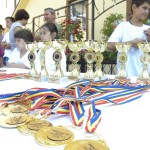 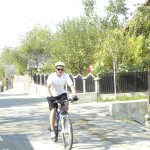 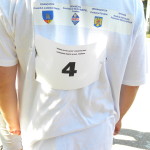 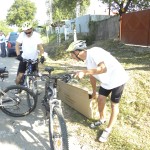 Indeed, this year, there was a significant increase not only in participation, but also in the level of training for the bicycle competition,  compared to the first year. While in the first year, most had not practiced the race route even once,  this year many joined the preparatory activities with our volunteer and bicycle enthusiast Daniel Busuoic and on their own. The race was much more competitive, with enthusiastic children arriving early in the morning, even before the scheduled start time. More adults also participated, as well,  than in the first year. It  was a fun, festive event.  The ping pong competition was also a lively, community event bringing together young and old in a friendly way.  Both events were televised by TVBuzau, and appeared in the local press.